Hal “Boss” Peterson made the initial contribution establishing the Foundation in 1944.  In 1947, the Foundation Trustees decided “...to establish a non-profit hospital in the City of Kerrville for the benefit of the people of the Hill Country in general...”.  Sid Peterson Memorial Hospital was dedicated to the memory of their father and began receiving patients in July 1949.

The Foundation owned and operated the hospital until 1990, when it was established as a separate non-profit organization.  The Foundation continues to support health care, education, and other charitable organizations throughout its seven county home area.

A book, Hal and Charlie, The Texas Peterson Brothers Who Risked a Fortune for a Hill County Foundation, was published in 2000.  It is available in local libraries and at the Foundation office.

“Hal (Boss) Peterson guarded his privacy like a Hill Country coyote, but his visionary business ventures made him a South Texas legend.  His gentle brother, Charlie Peterson, much preferred the outdoor life to a business meeting, but he somehow became the essential ballast of reason and restraint.”

“As different as rock and water, these two brothers formed an unwritten and perhaps unspoken partnership which grew to empire status in the first half of the twentieth century. And this empire evolved into perhaps the two greatest gifts ever bestowed upon the Texas Hill Country: the Hal and Charlie Peterson Foundation and the Sid Peterson Memorial Hospital in Kerrville, Texas.” 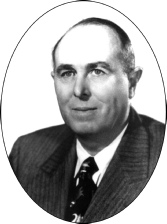 At an early age, the Peterson brothers began a partnership which

a Fortune for a Hill